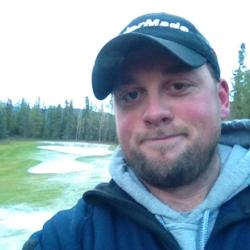 Like most people who enter the turfgrass profession, it was the love for the game of golf that originally brought him to work.  He started golfing at 12 years old when he first moved to Whitehorse in 1992.  He was a junior member of MVGC starting the next year and continued to be until he started working as part of the grounds crew in 1998. Originally, he was interested in being a Golf Professional and started attending Grant MacEwan in Edmonton, Alberta enrolled in Management Studies.  He soon realized that being a playing professional was not in the cards.  Still wanting a career within the golf industry, he finished his Professional Golf Management diploma in 2001 before immediately enrolling in Turf Grass Management at Olds College the following fall.  He graduated from Olds in 2003 and took a 9 hole Superintendent position in Mayerthorpe, Alberta.  He completed 2 years there before returning to Whitehorse in 2005.  Derek took over as the Assistant Superintendent at Mountain View in 2006 for 3 years before finally taking over the helm of the Maintenance Department in 2009. Derek has been a member of the CGSA (Canadian Golf Course Superintendent Association) since 2003. 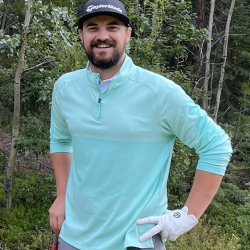 Cole Marshall was born and raised in Yellowknife, NT. After some serious concussions ended his baseball aspirations, his Mom decided to enrol him in golf classes as she had recently taken up the game. He didn't take to the game originally but wasn't long until he fell in love with it.

He attended Lethbridge College where he completed his professional golf management program. He successfully gained membership to the Canadian PGA in 2010. He worked as an assistant professional at the Yellowknife Golf Club from 2010- 2019 before taking the reigns as Head Professional/ General Manager for the 2020 and 2021 seasons. He takes over as Head Professional and Director of Golf here at Mountain View GC for 2022. He enters his 22nd consecutive year involved in the golf business. 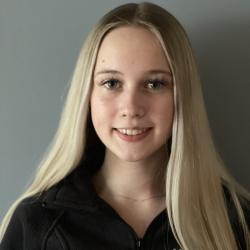 Born a raised in Whitehorse, Bayly began working at Mountain View as backshop staff in 2016. Her brothers were both employed at the club at the time and she thought it would be a fun summer job. She worked that position for 3 years before transitioning to the proshop. After 2 years under her belt in the proshop she was promoted to assistant manager. Mountain View has been a 2nd home for her and her family over the years, and is excited to be apart of its future. 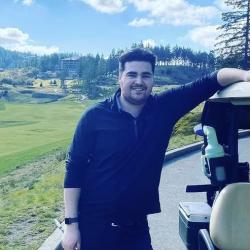 Luke took up the game at 13 years old. A junior member of Mountain View, he started as a backshop employee during the 2014 season. Mid-way thru 2015 he moved into a proshop role where he has been ever since. He has moved into a managerial role with MVGC in the last 2 seasons. Luke has basically lived at the course...when he isn't working, he's playing. Luke will also be assisting with the various junior camps for the 2022 season as well. 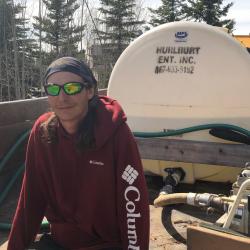 Born and raised in Whitehorse, Mitchel started working in maintenance at Mountain View Golf Club back in 2012. Originally just a hand on the grounds crew, he moved into a lead role position beginning the 2020 season. Mitchel achieved his renewable resource diploma from Yukon College (now University) in 2015. Also attained his pesticide applicator certificate in 2021 and became a member of the WCTA (Western Canadian Turf Grass Association) in 2022. 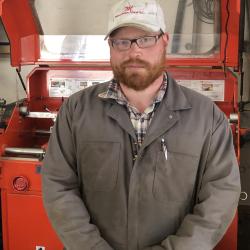 Born and raised in Craik, Saskatchewan, the mining industry brought Cole north in 2021. He joins MVGC as an experienced mechanic with a variety of other fields under his belt as well. Cole has worked in the millwright, agriculture and welding industries as well. Cole grew up working on the grounds crew of his home course so feels right at home with us here.